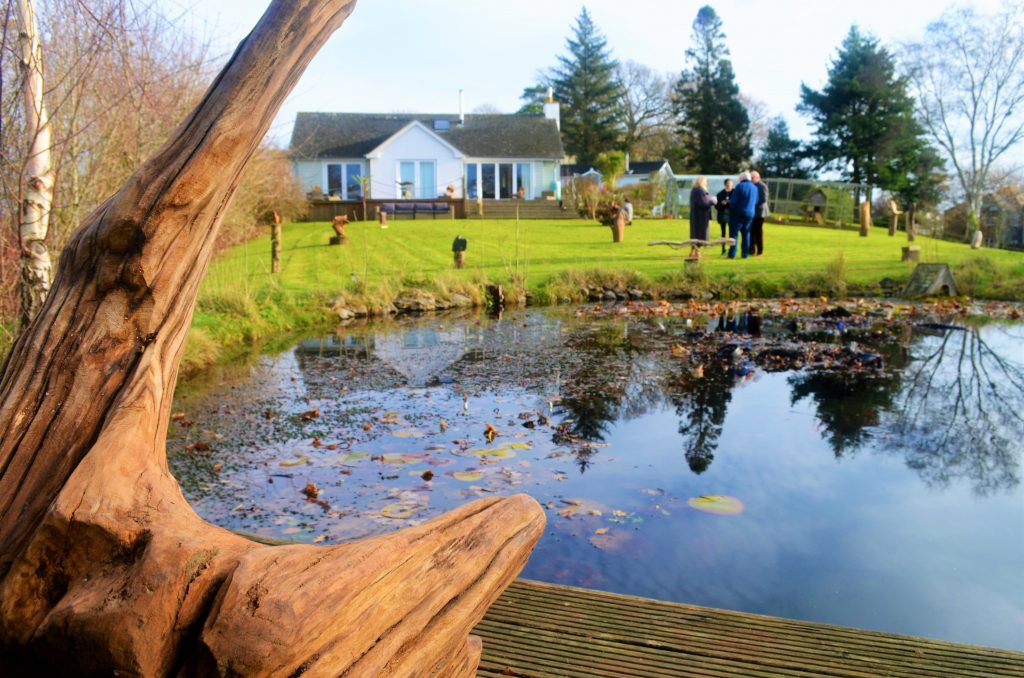 The exhibition in Totnes Transition Town was nothing but success.

‘But what is success?’ I hear a collegue asked Fabian.

I too was moved to see such a strong body of work. Each piece adding to the whole. 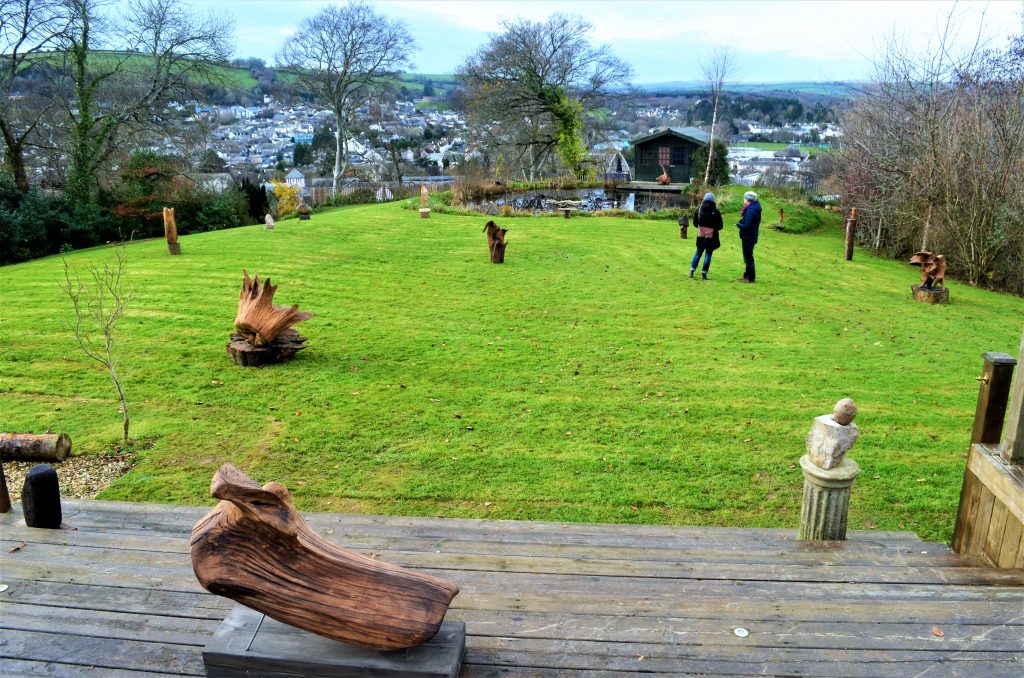 ‘Then,’ he continues in his beautiful simplicity, ‘I saw people connecting with my work. I saw them enjoying the pieces. It was especially pleasing to see a young couple interact with them, they were really ‘there’.’

I know what he is saying, his pieces draw you into a world of their own. A world remembered, familiar, how could we have forgotten? An artist friend of mine, walking around the gallery with me said, ‘His work is so simple, and yet so complicated. It is as if nothing is there and yet everything is there.’ 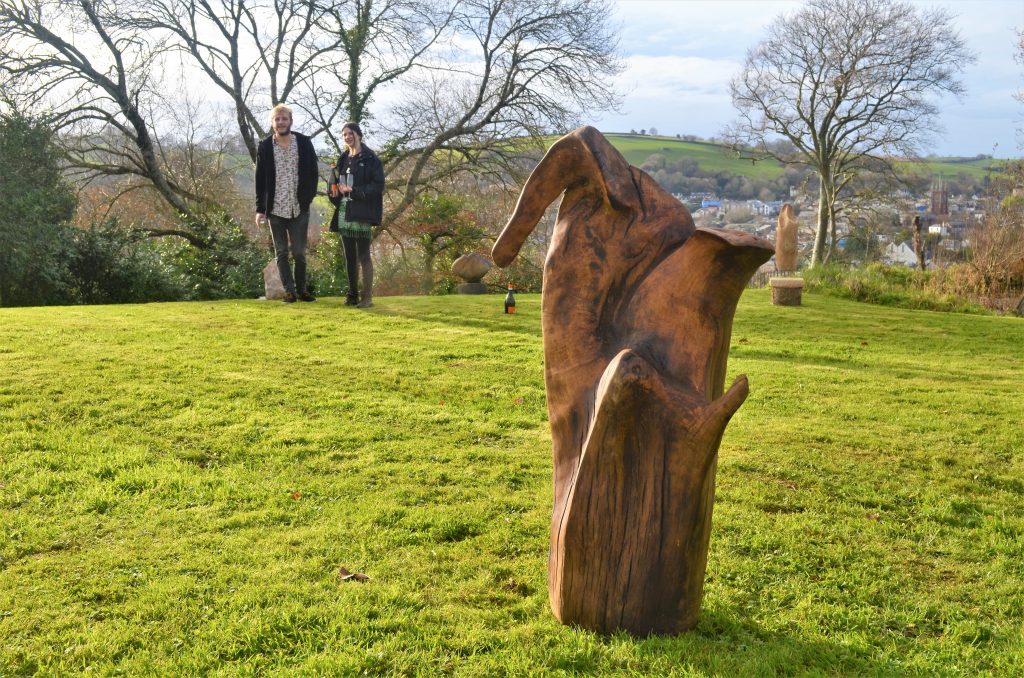 I too, was drawn into new worlds, which surprised me having lived with the pieces for so long. How to hold opposite sides of two different worlds? Is this just wood we’ve pulled out of the river? Is this art that holds in itself a concept of something more than just the beautifully carved wood? Asking my friend, she tells me such wise words, ‘Both.’
‘Both?’
‘Which to hold on to?’ I ask bewildered
‘Both…both at the same time.’

And suddenly I was swimming in that deep idea of C G Jung – that one of the paths into humanhood and a life well spent is to unite the polarities, the opposites. I had always considered this as ‘meeting in the middle’ or ‘compromise’ between poles. But perhaps it is simply being able to hold two separate worlds in one mind? Separate and whole in themselves. Like a relationship where we are dependent and independent at the same time. Being only one is too unilateral. Holding both aspects within us simultaneously is healthy.

‘Simple’ does not mean ‘easy’. 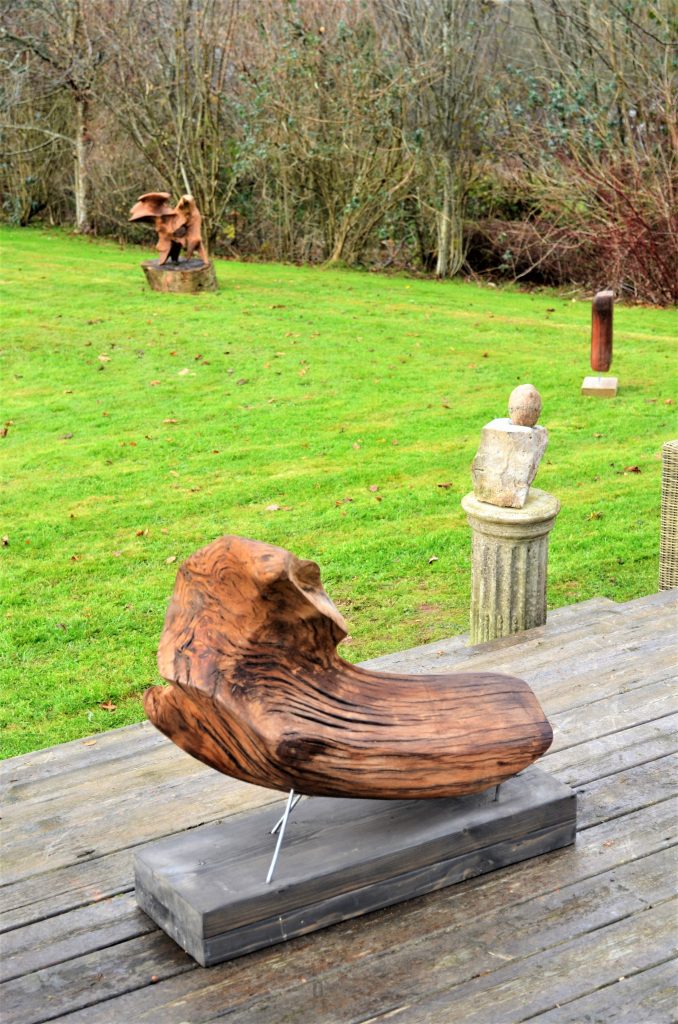 I have such an analytical mind (as you probably have noticed in this blog) and yet his work asks simply, ‘Do you like this? Yes? No?’ and when I come to a ‘Yes,’ I am baffled that I am not required to have a reason why. A simple yes is fine. A simple no is fine. Simplicity.

All this goes through my mind as I hear Fabian say to our collegue the third reason why the exhibition was a success, ‘And, I also did it for money, and we made some!’

The collegue nods, back on safe ground. 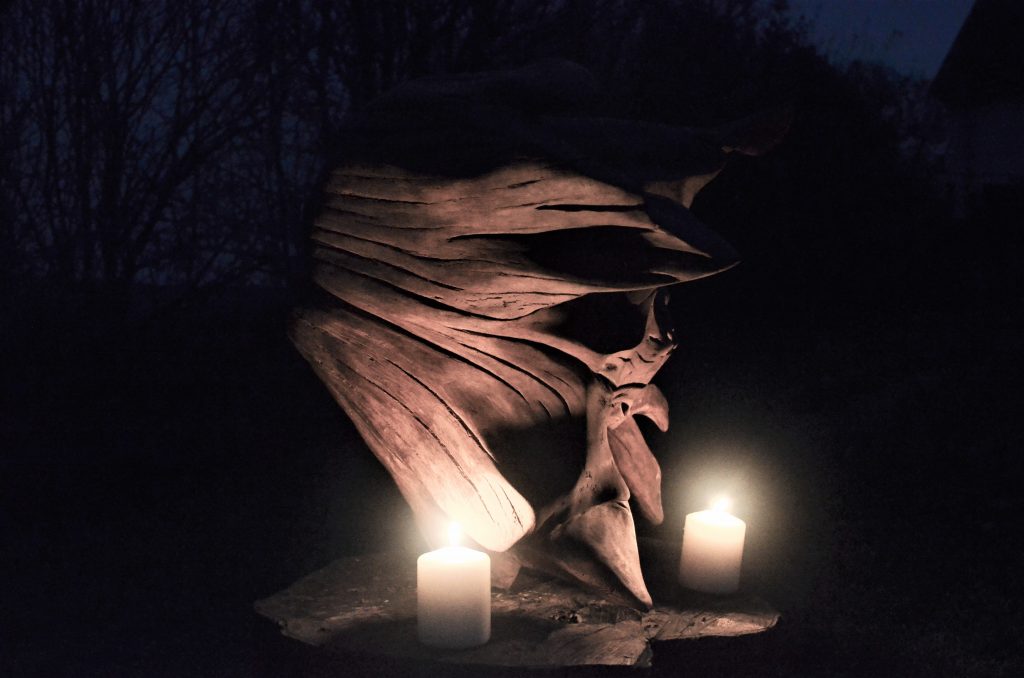 This site uses Akismet to reduce spam. Learn how your comment data is processed.

The intention of this work is to create ever greater sensitivity to Nature in order to allow the unseen to be seen, within and without.